The Beta Version Of You. 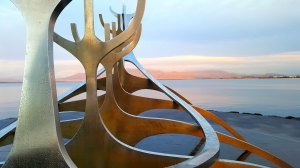 You could learn a great deal from apps and release the Beta version of you since it means testing different approaches and continuously updating yourself. It builds on curiosity, courage, and action and it gives your reputation a boost. It’s a game changer that transforms your weaknesses into bugs that are natural and can be handled, and you will stop associating risk with failure.

I got the question if releasing the Beta version of you contradicts aiming for being amazing, fighting average and mediocrity. It’s an interesting question, but I would say, on the contrary, embracing imperfection in the Beta version means testing different approaches heading for the remarkable. It’s putting our focus on action, builds reputation and makes you proud of your delivery.

”Per is a dedicated pioneer and game changer chiseling out the uniqueness of his clients highlighting their full potential.”

When you visit my site, I don’t collect any information about you or save any email addresses.